You are here: Home1 / About Us2 / Board of Directors 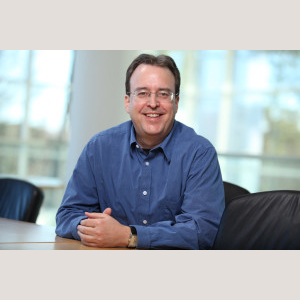 President - Board of Directors

Dave has been a Director on the board since 2013. He and his family have volunteered with Second Chance for over 10 years. At home are seven four legged family members (all dogs), all of whom were Second Chance foster ‘failures’! Dave recently retired from GSK after 25 years in various marketing, finance, and business development roles. 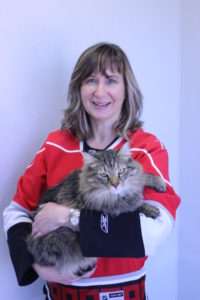 Vice President - Board of Directors

Donna’s journey with Second Chance began in 2014 when she walked into the Adoption Center to ask if Second Chance would participate in the ADA "Step Out" Walk to Stop Diabetes and showcase their dogs for adoption. From there, her involvement grew from planning the Furry 5K/Racing for Rescues to soliciting auction donations for the Evening of Pawsibilities and volunteering for other activities. Donna has rescued numerous stray cats and adopted Sampson from Second Chance. She is a native of the Raleigh/Cary area and lives in Raleigh with her husband. Away from Second Chance, Donna is a real estate broker with Keller Williams Platinum, the Leader of a local support group for women living with diabetes, and a Carolina Hurricanes fan. Donna looks forward to continuing Second Chance’s mission to make a difference in the community by helping more stray and abandoned cats and dogs find their forever homes. 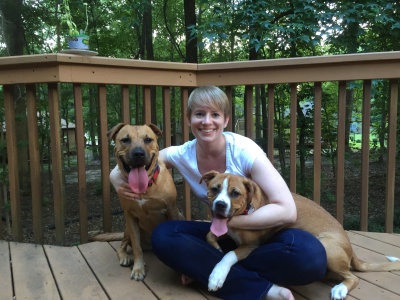 Treasurer - Board of Directors

Christian joined the board of directors in 2015. She has always been passionate about animals and is very excited to help them by working with Second Chance. Christian currently has 2 dogs, named Patsy and Bowie. She graduated from North Carolina State University and lives in Cary with her husband and daughter. Christian is a CPA with a public accounting firm in Raleigh. 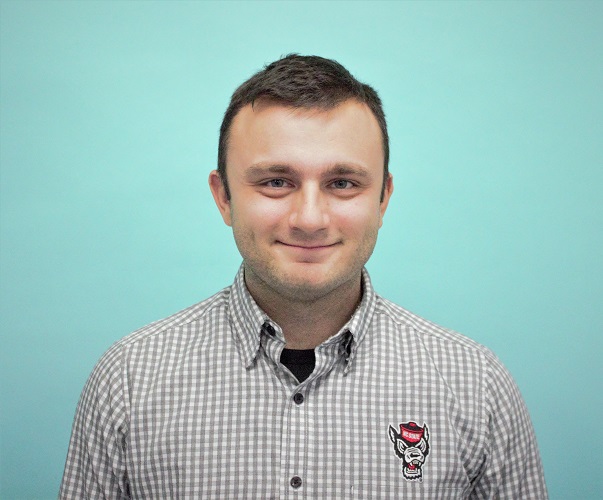 Secretary - Board of Directors

Connor joined the Board of Directors in 2021. He and his wife, Casey, first got involved with Second Chance as adopters of two dogs in 2018. Shortly thereafter and to the present, they became and continue to be highly involved in the Dog Program, serving as foster parents for dogs adopted locally as well as dogs adopted up north through the Hearts to Home transport program. Connor and Casey have "foster failed" another two dogs along the way as well.

Outside of Second Chance, Connor works at a local law firm while continuing his education in the legal field. He is also highly involved in the soccer community as a referee, referee coach, and instructor.

Since graduating from NC State and moving to Hillsborough, Connor looks to continue his involvement with Second Chance by using his experience, education, and leadership to help steer the organization toward its goal of ending animal homelessness. 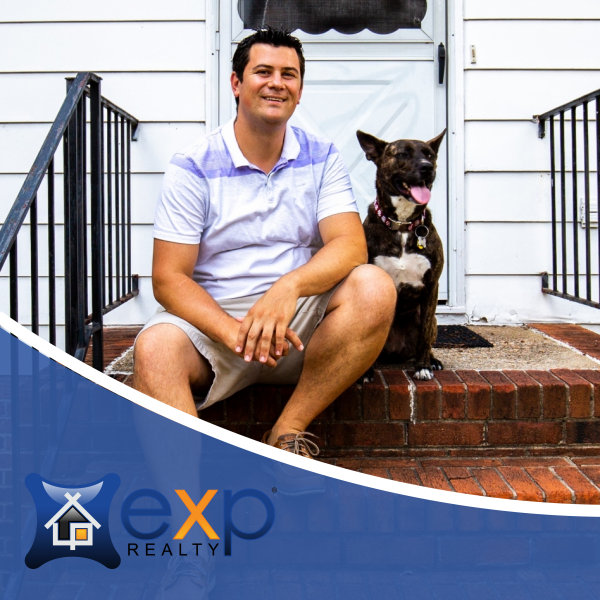 Nick began volunteering with Second Chance in 2017 as a dog foster parent and became a regular at the Pints for Pooches events. From getting his first family rescue dog, Teddy, in 2nd grade, he has loved rescued animals. He and his wife, Shelby, have fostered over a dozen dogs that have moved on to their forever homes and one special case that continues to live with them. Originally from the San Francisco Bay Area, he loves the great outdoors, especially fresh snow in the mountains! When not volunteering or exploring North Carolina, Nick works in real estate with an emphasis on investment properties. 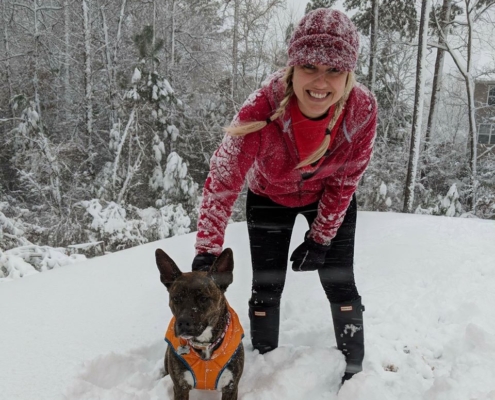 Shelby joined the Board of Directors in 2019, but first became involved with Second Chance as a volunteer shortly after moving to the Triangle with her husband Nick (also on the Board) in 2015. Originally from Southern California, Shelby has always loved animals and is thrilled to be a part of the organization’s mission to give all cats and dogs their “second chance.” Shelby and Nick currently live in Apex with their rescue dog and cat, Kai and Mila, as well as various foster dogs. 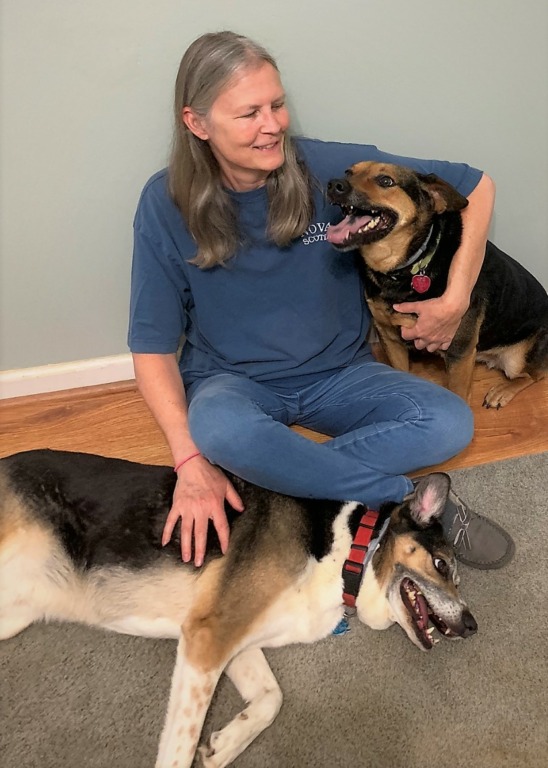 Liese joined the Board of Directors in 2021, but her involvement with Second Chance actually began in 2004, when she started volunteering with her two teenagers and her partner, Chris, until moving to Pittsboro four years later. After working at RTI International for 21 years, she took a job as the Volunteer Manager at Paws4ever in Mebane before moving back to Wake County in 2019 and rejoining Second Chance as a volunteer. She and Chris currently live in Holly Springs with their two dogs, Murray and Peaches. 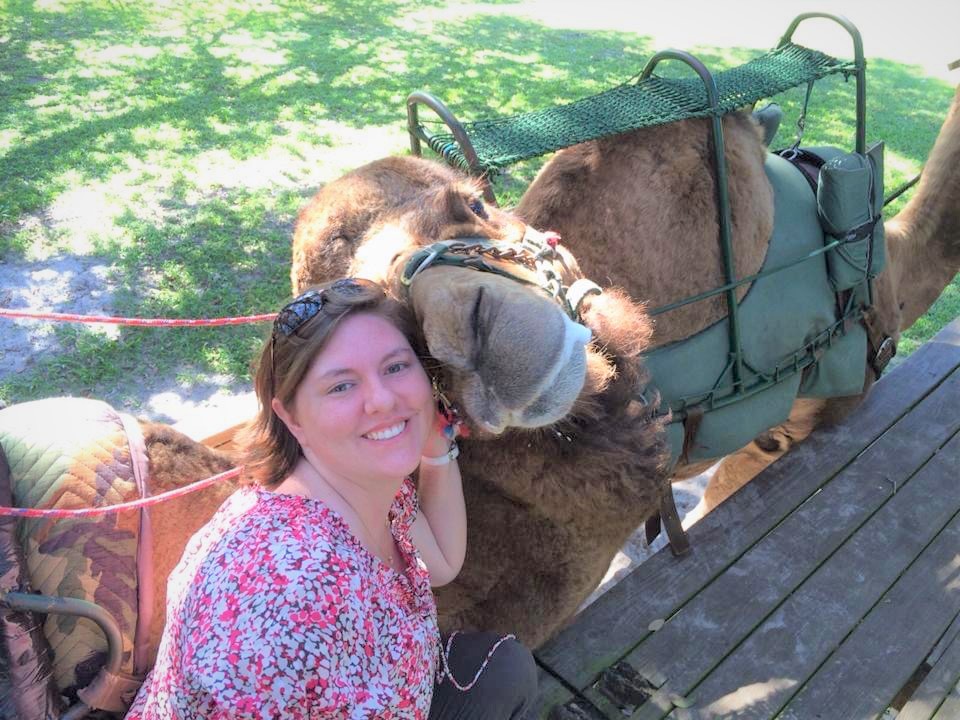 Gina joined the Board of Directors in 2021. She has always had a big heart for animals and was raised with a belief in responsible pet ownership, especially spaying and neutering. Gina has rescued and adopted several cats and dogs over the years. She and her husband live in Fuquay Varina and are proud fur parents to four cats (Maddie, Lucy, Rozee, and Izzy) and two dogs (Alex and Lexi). Gina is excited about the opportunity to serve on the board of Second Chance and roll up her sleeves to help with the important life-saving work done at Second Chance Pet Adoptions. 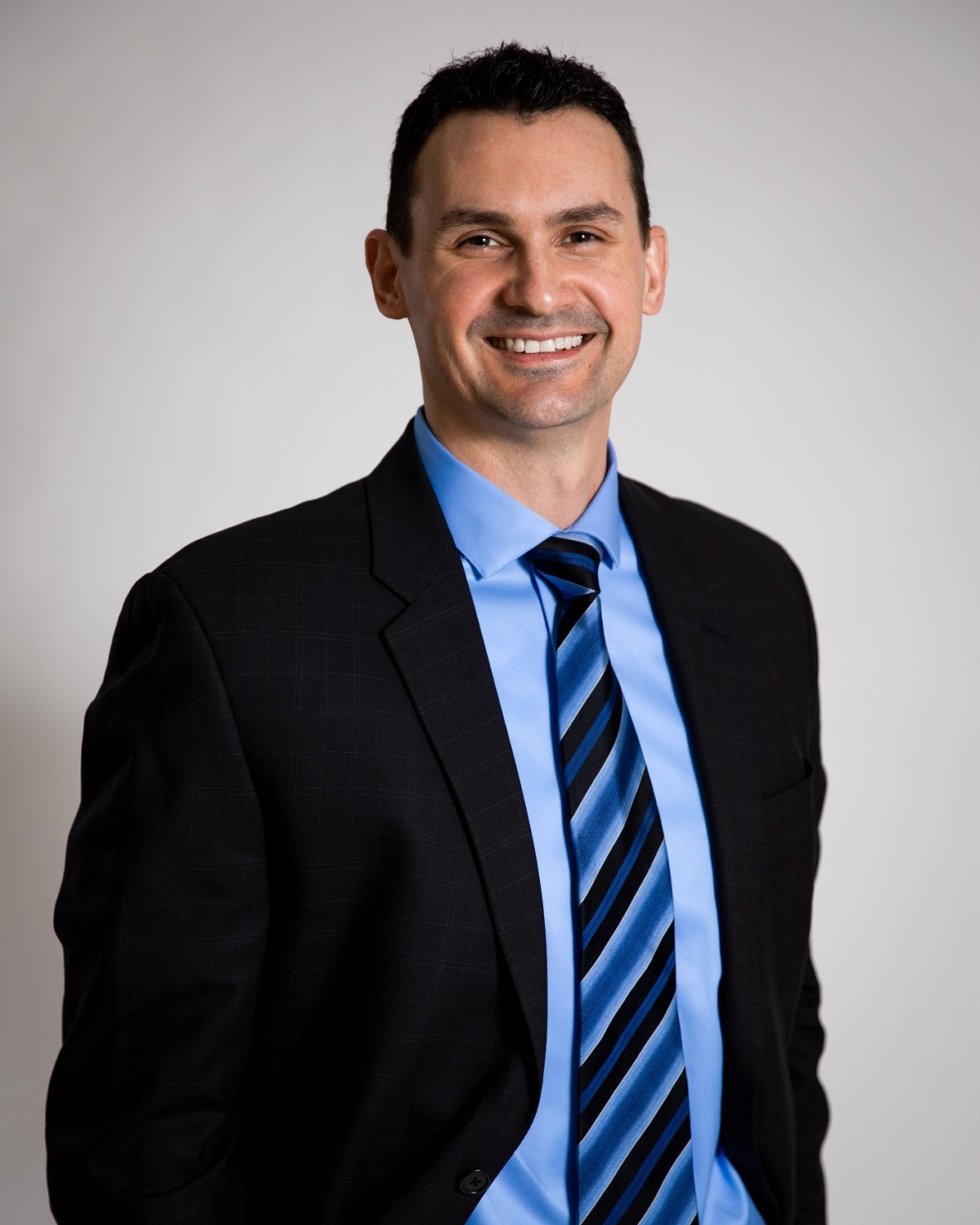 Ryan started volunteering with Second Chance in the summer of 2021. He knows how important some good quality time can be for these precious animals. He has a rescue husky of his own who loves to talk and howl. Ryan has worked for State Farm for the past 7 years. He currently serves the Raleigh community as a State Farm Agent on Six Forks Road in Midtown. He is originally from Chicago but struggles with the cold months, so he moved to Raleigh in 2021 and absolutely loves it! The weather better fits his desire for hiking and motorcycles. 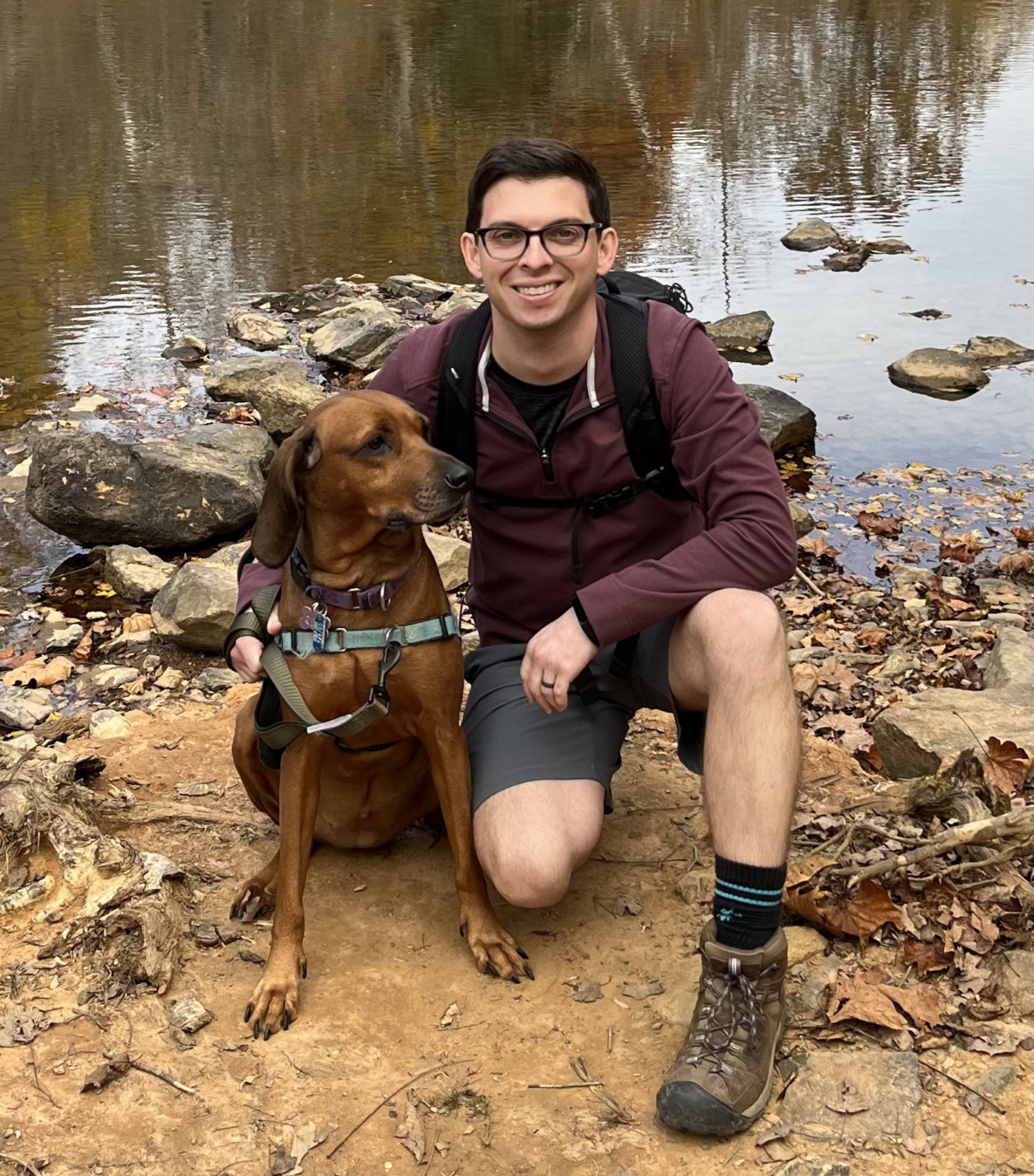 David joined Second Chance‘s Finance Committee in 2022 and the Board of Directors in 2023. He was first introduced to Second Chance in the early 2000’s when his family adopted their first dog through Second Chance. David has a big heart for animals and is excited to help further the organization’s mission. As a triangle native, David and his wife live in Raleigh with their dog, Ruby. They enjoy getting outdoors to hike whenever possible. David is a CPA with a public accounting background and works at a water technology company. 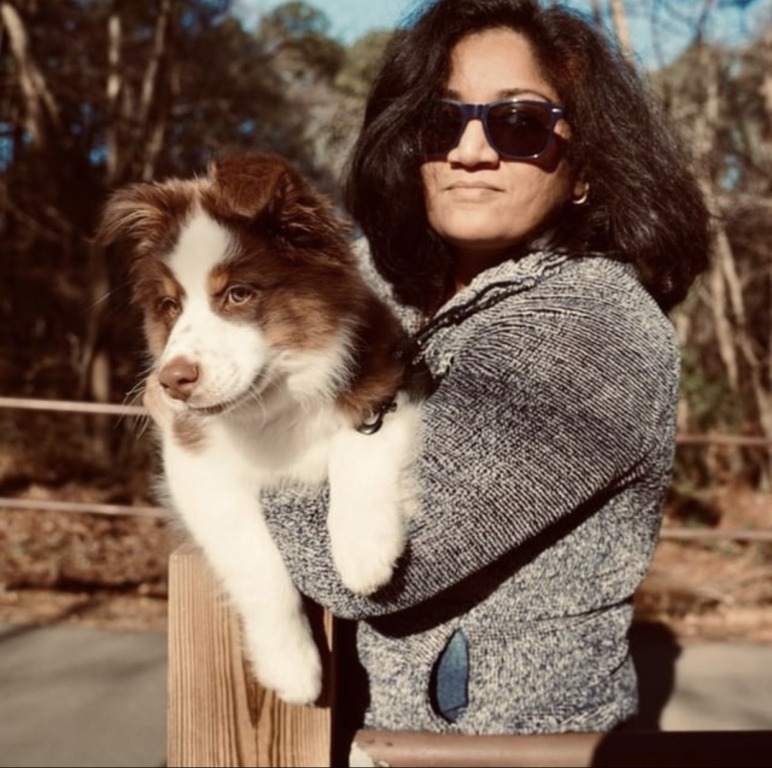 Vidya joined the Board of Directors in 2022. She feels passionately about helping animals of all kinds and is very excited to support Second Chance’s mission. She is an aluma of UNC Pembroke with a background in life sciences and Kenan Flagler Business School, Chapel Hill. Vidya lives in Chapel Hill with her husband and a fur puppy, Apa. Vidya is a Program Manager at Credit Suisse in RTP.